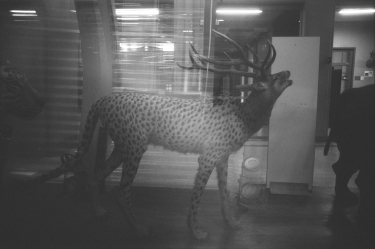 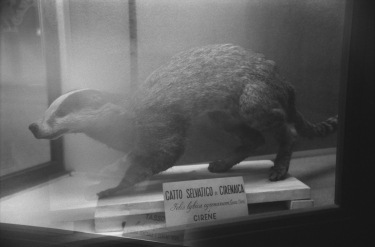 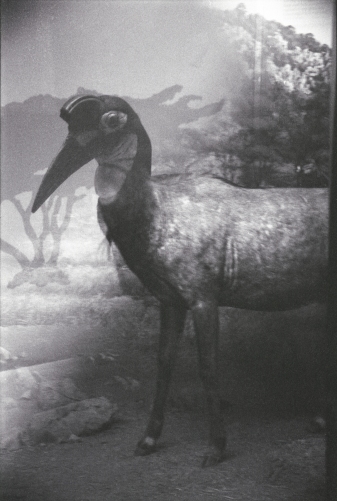 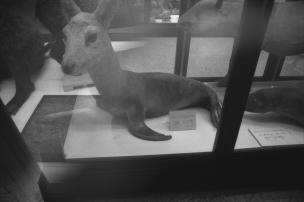 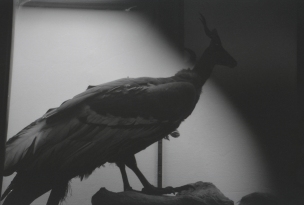 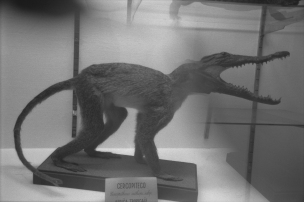 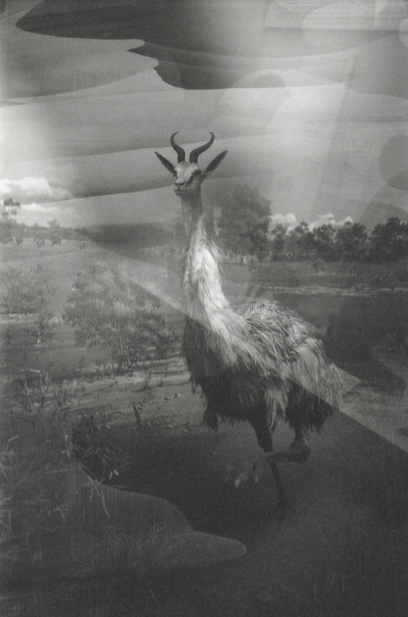 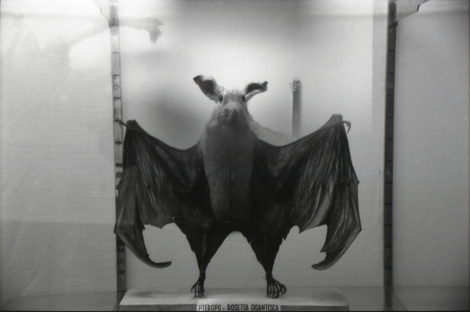 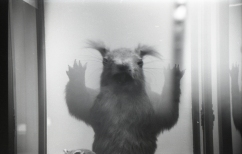 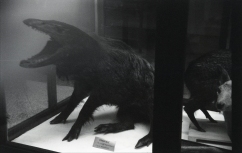 One day I randomly entered in a zoology museum and as I was looking around I heard a mother saying to her child: “Look! There is a Lion!”. Then, I tried to think what I would have said to a child in a place like that to explain what there was around. There wasn’t clearly any lion, but just its skin, reassembled to look alike a real lion. Can you affirm that you saw an actual animal if you saw it dead? A living creature it’s very different from a dead one. I walked close to the display case of the fake lion and I stared into its glass eyes. For an instant I felt a sort of instict, as I wasn’t respectful of the animal’s living space and I had to be afraid. But nothing happened of course. You can’t learn nothing of a living creature if it is without its life attribute.
In the prehistoric art, our ancestors gave us many representations of animals, among those there are also peculiar petroglyphs and paintings of various human-animal hybrids. When you live in the natural environment you are willed to learn as much as you can from the other animals, their adaptions, their skills of survival, each of this lesson can help you live longer and this is why women and men from prehistory used to imitate their camouflages and moves. Since we are now living in a built environment, there are few places where we can still live and experience a natural environment, so we try to learn by observing a nature that is dead, posing ourselves as external and unrelated to it. If we focus on this, we realize that in a museum we are in an artificial place, it follows that the knowledge we achieve from this constructed place it’s mostly a fiction. In order to return to a more authentic investigation of the nature, we could start by coming back to our false lion on display and see it as if it was still the one quoted on the unknown lands of geographic maps, “hic sunt leones”, to mark the unexplored parts of the world. Inside a bestiarium of the middle ages you can find draws and descriptions both of real that of fantastic animals. This approach was dictated by the few notices of travellers about some of the animals, for example the crocodrile was often drawn with ears and body similar to a dog. The manticore instead was a creature from Persia, the body was that of a lion, scorpion’s tail and human head! It was first named by Ctesias (Greek historian of the 5th century BC) and it survived through the manuscripts for all the long later centuries, it is said that this creature its probably linked to the extinct Caspian tiger and even though we don’t know if this is true, truth is that this specie of tiger lived in Turkestan. It was later discovered that this tiger was related with the amur tiger (now threatened) and there was a plan to reintroduct it in nature, but unfortunately it wasn’t and still is not possible because the environment changed totally for the excessive anthropization (for cotton cultivation especially) and it is not anymore the environment suitable for this tiger’s life.
Many things are going to be lost forever as we are walking inside a built environment that excluded the nature, causing that we will have lesser chances to learn from it. The chimeras I create wants to make you believe that if the mounted animal you see inside a museum exists even if you didn’t see it moving, they can exist too, and if you want to meet them you need to come back to the nature. All the photographs are multiple exposures, without retouches, on black and white film.